Chaos theory has been on my mind a lot recently. I like Lorenz's definition 'Chaos: When the present determines the future, but the approximate present does not approximately determine the future'.

I wanted to play around the the classic chaos theory model, the double-pendulum. I started to model it with a physics engine but that didn't seem like the best way to go about it. Luckily you can simulate it purely with a few equations, so I converted some code from a web demonstration (thanks micael).

I needed another way to visualise it instead of a mess of lines and circles. I simulated a double-pendulum for each pixel, with the starting condition altered slightly based on the x and y position of the pixel. Then I pick some characteristic about the system, like the difference between the angles, and used that to determine the brightness of the pixel. Then I let all the simulations run and turned it into an image. 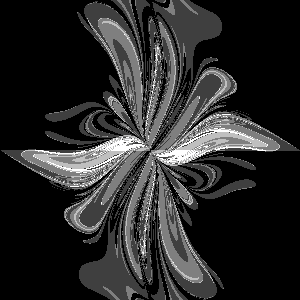 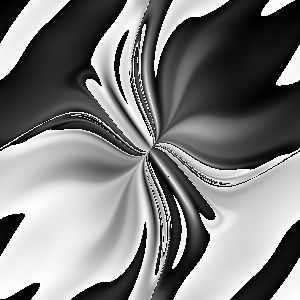 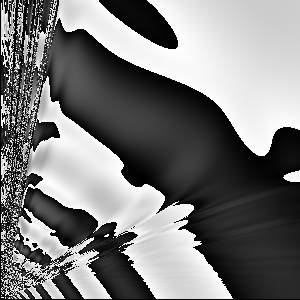 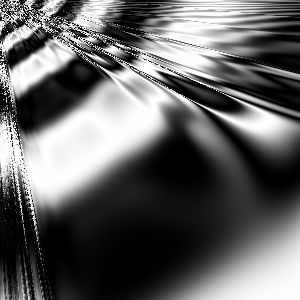 As you can see, I had a lot of fun with this. It seems to be a good source of fractal-like forms. I was curious if anyone else had tried something similar found that Jeremy Heyl created this lovely image using a similar technique to mine. 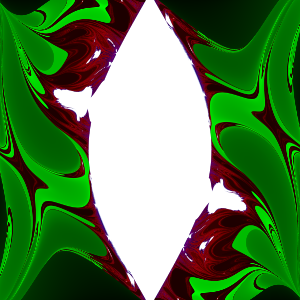 If the double-pendulum can be abstracted down to a few equations, it should be possible to create some chaotic system of equations that does not describe a real physical phenomenon. I tested out some random rubbish formulas, just a few trigonometric functions with 3 variables, and got some fun results.

If you're interested in chaos theory, I highly recommend checking out this blog and the program made by the author. I'm probably going to write more about this at some point as this guy is a major inspiration to me.